Posted on November 29, 2018 Posted in Ways to Improve English No Comments 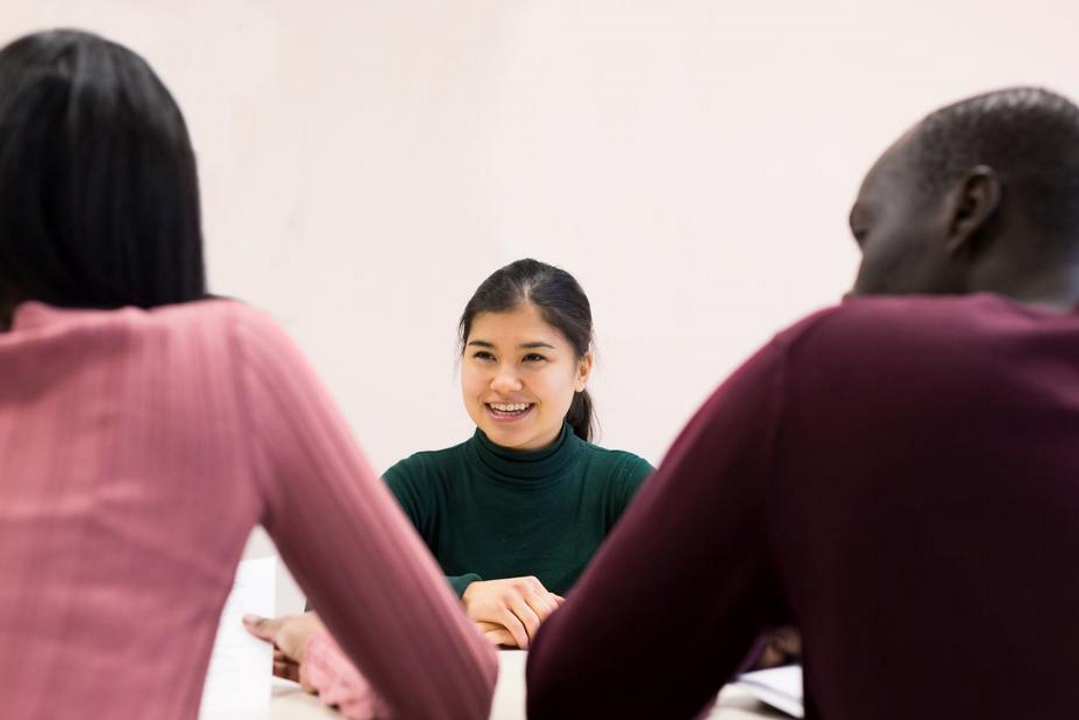 How confidence can affect language learning. Image by Sarah Pflug from Burst

My father learned a new language in his forties.   We had just moved to a Spanish speaking country.  My father’s co-workers mostly spoke Spanish, so he went to evening class.   Actually, I went to the same class with him as it was conversational Spanish.

The instructor was the wife of an ambassador.   She was friendly and made us feel at ease.   Most of the students were adults.   Although we used a textbook, our teacher chat a lot about daily topics.   My classmates laughed a lot and enjoyed the sessions.

While that was the only Spanish class my father was taking, I took Spanish at school.   We used audio tapes, mentally repeating what the narrator was reading.   Our teacher spoke to us in English, and explained the grammar exercises in English.   I had perfect scores in all my exercises, even got an award for being the best Spanish student.   Yet, I could not converse in Spanish.  My father, on the other hand, was chatting with his co-workers in Spanish.

He learned a new language in his forties

My question remained unanswered in my mind for many years.   After I became an ESL teacher, I understood what happened that evening many years ago.  Besides the context of their conversation, my father had an expectation that people understand him.  That expectation seems to do something magical.    Then again, from teacher training, expectation is very effective.  It sets the tone of calling forth desired behavior.  If a teacher wants her students to behave well, she can use her expectation to call forth that behavior.

Who become fluent in English sooner?

I notice in some ESL students who hesitate to converse in English (even in a conversational English class) they have a fear that others would not understand them.  Therefore, they try to form the correct sentence in their mind before they speak.  That slows down the communication process, and often they lose their audience.

By the same token, I observe in the ESL students who voice their thoughts freely (even when they make grammatical mistakes) they become fluent sooner.  They are not concerned about being perfect in their language construction.   They simply want to express their ideas so others understand them.  This sense of freedom works to their advantage.   They get to participate in so many more fun discussions.

The intent to be understood

When I was visiting Vienna, I did not know a word of German.  I spoke with a hotel housekeeper in English while she responded in German.   I was using gestures; she was not.   Yet, I understood her.   How did that happen?

While taking a bus back from downtown Vienna back to my hotel, I met a kind woman who overheard my conversation with the bus driver.   She knew I was on the wrong bus.    She took my hand and walked off the bus with me.   We crossed the underground tunnel to the bus station on the opposite side of the street, and chatting the whole time.   She spoke in German, using no gesture.   I spoke in English, using all kinds of gestures.   Yet, I understood her.

This phenomena amaze me, especially being a language teacher.   I reflected on these incidents.   My conclusion is that my intent to communicate was so strong that something happened in spite of my language ability.

Just like the ESL students who talk freely without worrying about making grammar mistakes, I wanted very much for my listener to understand me.  That strong desire and intent went a long way in my being understood.   Neither my students nor me was concerned how correct we were.   It seems that not worrying about mistakes makes it easier to master a language.

The power of body language in a foreign country

While I was in Vienna, I decided to experiment with body language.  Mostly, I wanted to blend in and not look like a tourist.  Also, there is somewhat of a cultural anthropologist in me.  So I observed how the locals walk.   Do they lean forward when they walk?   What is their pace?   Do they look at people?  Do they keep their eyes straight ahead?   After I gathered enough data, I put it to the test.   That same day, three tourists stopped me to ask for directions!

I blended in with the locals!   Tourists thought I am an Austrian.  When I went into a store and behaved like a local, I was treated differently than when I walked in acting like a tourist.  That feeling of being part of the “in-crowd” on some level gave me confidence to walk around the city like a local.   It’s a subtle feeling.  If you try this experiment next time you visit another country, you’ll see what I mean.

So how do I practice confidence in language learning?

It may or may not be your personality to do the following.   Just play with it.   You don’t have to change yourself.   Just try one of them for a brief time.   Walk into a store, and assume that the clerks can understand you easily.   Tell someone your ideas and give no attention to grammar mistakes.   Observe the body language of a local that you would like to imitate, and experiment with the results you get.

If you enjoy this article, you may also like English fluency is more than just words.